The workshop was organized in collaboration with the REDAPTA project, that aimed to create and enhance governance spaces for the adaptation of Mediterranean rivers to climate change. One of the participation forums the REDAPTA project was supporting was Taula de la Tordera, a forum where key stakeholders for Demonstrator A3 are represented.

The workshop was held in the aftermath of storm Gloria (from 19th to 23rd of January 2020), that strongly hit the Tordera Delta causing millions of euros of damage. The purpose of the workshop was to present to key stakeholders the Flood Hazard Maps and Flood Risk Maps for the Tordera Delta, developed in application of the Floods Directive; as well as to present the NBS that was being developed in the context of the RECONECT project to reduce flood risk in the area. This was the first contact that ACA had with key stakeholders, that is the reason why the session was designed as an informative session to start the conversation with key stakeholders. 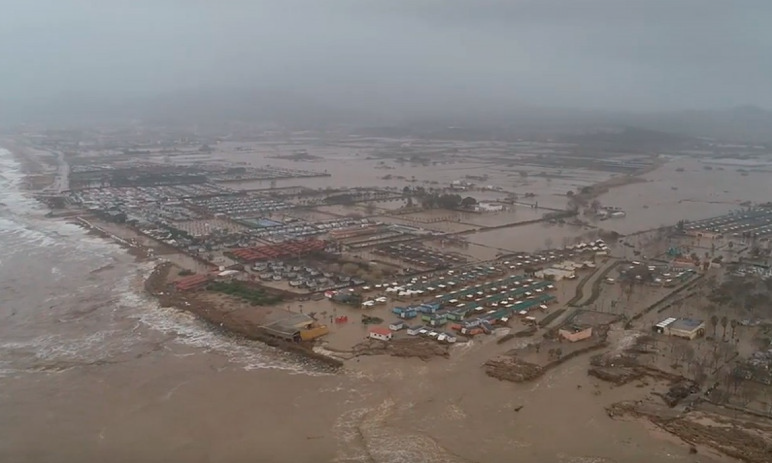 The Tordera river delta during the Gloria storm

The presentations are available for download in Catalan language.

The workshop consisted in two presentations, by ACA staff members, followed by Q&A.