Recap of the meeting in Nice

The Third General Assembly of RECONECT took place in Nice (France) from 30 September to 2 October, organized by the local partner UNS (University of Nice Sophia Antipolis). The meeting summarized the first year of the project (started in September 2018) and set the plans for future activities.

Demonstrators and Collaborators described their areas focusing on the status of works, stakeholders engagement, indicators and monitoring, with an eye on possible challenges and issues for the upcoming period.

Work Package leaders presented the ongoing activities and during the parallel working sessions they discussed with partners about future plans and actions.

On the second day, Professor Philippe Gourbesville (UNS) guided the partners to the field visit in the Var River Basin (Demonstrator B), to see the Eco Valley project and the NBS to reduce the high hydro-meteorological risk in the area, which experienced a critical flood event in 1994. Thanks to RECONECT’s funds, monitoring stations will be installed in the area.

The Assembly closed with a workshop dedicated to setting the principles for the design of NBS, led by the partner RAMBOLL.

The meeting showed high participation from all the partners, including those non-European collaborators (from Columbia, Caribbean, Taiwan among others) who came to show the situation of their areas and to learn from other similar experiences. 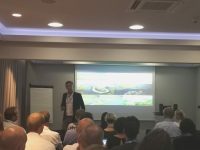 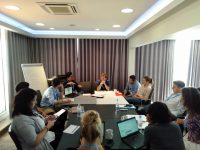 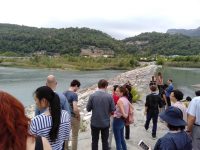 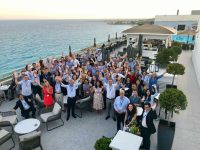