Forum on NBS applications in Taiwan

On 9th October 2019, the RECONECT partner NCKU organised an event on Nature-Based Solutions (NBS) in Taipei, Taiwan. The event entitled “Forum on NBS applications in Taiwan – EU experiences” was hosted by the Water Resources Agency (WRA) of Taiwan, which is the main authority responsible for the management of all water bodies in Taiwan. In the opening part of the forum the speakers were: Guy Wittich (Dutch Consul of Taiwan), Dr. Hsien-Hsin Lai (WRA Director-General) and Zoran Vojinovic (RECONECT Project Director, IHE Delft). Mr Wittich acknowledged the need for new solutions, such as Nature-Based Solutions, in managing water resources so as to meet emerging challenges to water security caused by population growth and climate change. Dr. Lai announced that implementation of NBS will be one of the major strategies for flood mitigation in Taiwan and welcomed RECONECT’s project team for contributions towards that strategy. Zoran Vojinovic spoke about the growing awareness of the potential of Nature-Based Solutions for climate change adaptation and the work that is needed to improve understanding and policy take-up. He also presented the details of the RECONECT project and its ambitions to support NBS implementation in Taiwan.

After presentations the forum speakers were asked to participate in plenary discussions. There were more than 150 participants at the forum, mainly from governmental institutions, universities and consulting companies. Several local newspapers and TV news published this event resulting in an increased awareness on NBS in Taiwan. 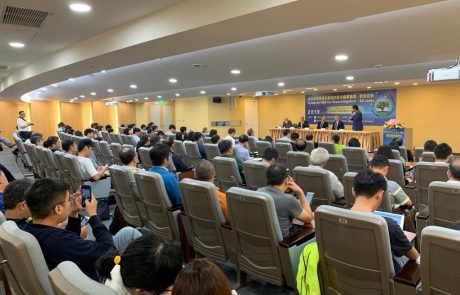