On November 20, an important milestone has been reached in Odense Seden Strand, one of the project demonstrators. The just-opened new dike will not only reduce flood risk in the settlement of Seden Strandby, but will also improve habitats for birds and amphibians at Odense Fjord.
In 2021, the implementation of walking paths and bird watching towers will increase the recreational quality of the area. On the opening day, the importance of this achievement was shown, since much of the area was flooded.

Data from a combined LiDAR- and photoflight executed in June by our partner Eurosense were used for documentation of the baseline situation before the works and analyzed by Odense city administration.

Thanks to the Municipality of Odense and Eurosense for the pictures. Danish news on the opening here. 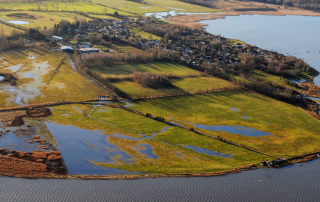 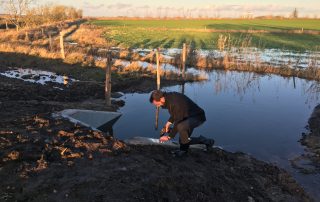 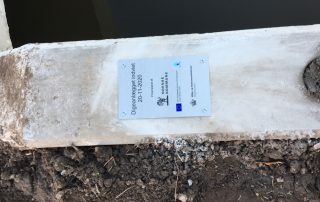 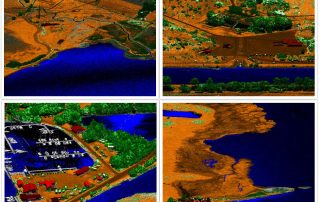